(2)(a) If in the course of committing the robbery the offender carried a firearm or other deadly weapon, then the robbery is a felony of the first degree, punishable by imprisonment for a term of years not exceeding life imprisonment or as provided in s. 775.082, s. 775.083, or s. 775.084.

(3)(a) An act shall be deemed “in the course of committing the robbery” if it occurs in an attempt to commit robbery or in flight after the attempt or commission.

(b) An act shall be deemed “in the course of the taking” if it occurs either prior to, contemporaneous with, or subsequent to the taking of the property and if it and the act of taking constitute a continuous series of acts or events.

To prove the crime of Robbery, the State must prove the following four elements beyond a reasonable doubt:

1. Defendant took the money or property described from the person or custody of another.

2. Force, violence, assault, or putting in fear was used in the course of the taking.

3. The property taken was of some value.

4. The taking was with the intent to permanently or temporarily deprive the victim of the right to the property or any benefit from it [appropriate the property of (victim) to [his] [her] own use or to the use of any person not entitled to it].

Assault. § 784.011 Fla. Stat.
An “assault” is an intentional and unlawful threat, either by word or act, to do violence to a victim, when it appears the person making the threat has the ability to carry out the threat, and the act creates in the mind of the victim a well-founded fear that violence is about to take place.

If the circumstances were such as to ordinarily induce fear in the mind of a reasonable person, then the victim may be found to have been in fear, and actual fear on the part of the victim need not be shown.
Smithson v. State, 689 So. 2d 1226 (Fla. 5th DCA 1997).

In the course of the taking.

If you find that the taking of property occurred as an afterthought to the use of force or violence against the victim, the taking does not constitute robbery but may still constitute theft. DeJesus v. State, 98 So. 3d 105 (Fla. 2d DCA 2012).

In order for a taking of property to be robbery, it is not necessary that the person robbed be the actual owner of the property. It is sufficient if the victim has the custody of the property at the time of the offense.

If the defendant is found guilty of the crime of robbery, the jury must further determine beyond a reasonable doubt if “in the course of committing the robbery” the defendant carried some kind of weapon.

An act is “in the course of committing the robbery” if it occurs in an attempt to commit robbery or in flight after the attempt or commission.

With a firearm.
If the defendant carried a firearm in the course of committing the robbery, he/she is guilty of robbery with a firearm.

A “firearm”means any weapon [including a starter gun] which will, is designed to, or may readily be converted to expel a projectile by the action of an explosive; [the frame or receiver of any such weapon;] [any firearm muffler or firearm silencer;] [any destructive device;] [any machine gun]. [The term “firearm” does not include an antique firearm unless the antique firearm is used in the commission of a crime.

A weapon is a “deadly weapon” if it is used or threatened to be used in a way likely to produce death or great bodily harm.

With other weapon.
If the defendant carried a weapon that was not a firearm or a deadly weapon in the course of committing the robbery, [him] [her] is guilty of robbery with a weapon.

A “weapon” is defined to mean any object that could be used to cause death or inflict serious bodily harm. 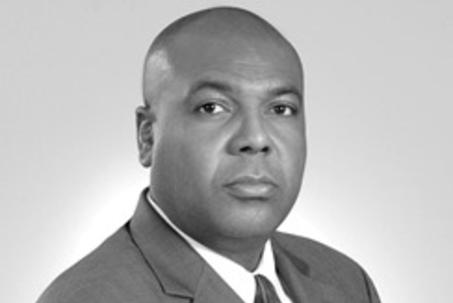